You are here: Home / Home Mortgage Tips / Understanding Why You Don’t Need To Pay Off Your Mortgage Early 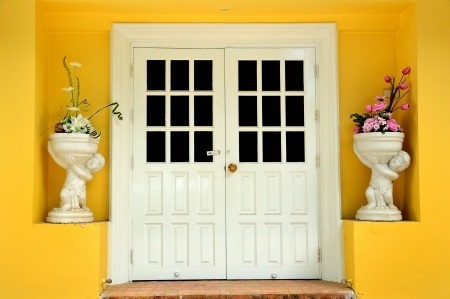 For those of us who have a mortgage, we know very well how stressful it can sometimes be to make the monthly payment on time. And then for some of us, late payments are inevitable.

As odd as it may seem, while some people are failing to make their payments on time, there are those who are on their own endeavors to pay off their mortgages well before their loan term period is up. Take for example Adam Hatter.

Hatter is a contributor to Yahoo Finance and he and his wife paid off their 30-year mortgage in an astonishing five years on an “average” dual income. Hatter stated their reasoning behind doing this was because they felt “the sooner it was paid for, the sooner we would be free from the shackles of debt…the sooner we would have the ability to use our money for more than just monthly bills.”

Unfortunately, Hatter, although an expert on finances, did not think things all the way through because there is such a thing as paying off your mortgage too early. Let’s take a look at the things that Hatter forgot to take into consideration.

First of all, to come up with the necessary funds that it took to double up on their mortgage payments, Hatter and wife avoided putting anything toward their retirement savings. Secondly, they failed to contribute toward a 529 college savings plan, and this was not good being that they have two young children.

So, while they may have thought that paying off their mortgage early would free them from the shackles of debt, now that their mortgage is paid off, they are probably finding themselves burdened with making extra payments toward their retirement and 529 college savings plans.

While all homeowners would love to be free from a mortgage payment, unless you are extremely wealthy, and your debt is relatively low compared to your wealth, it’s usually best to stick with a monthly mortgage payment while at the same time continuing to contribute toward pertinent financial savings plans.